The city of Nanded is well connected to major places in India by all means of transport. As it is the divisional headquarters of SCR or Southern Central Railway, Nanded remains well connected to all locations in Maharashtra as well as to other parts of the country. The city has National Highway 222 and National Highway 204 running through which makes it highly accessible even from remote places.

Being a popular place of pilgrimage, the close knit network of transport allows people from various parts of the country to reach this city easily. Nanded also has special buses, flights and trains especially for its tourists to visit the city peacefully even during the festival seasons.

Visitors can easily find trains to the city from regions like Chennai, Ajmer, Tirupati, Nizamabad, Bengaluru, Pune, Hyderabad, Nagpur, Mumbai, Amritsar, Patna, Aurangabad, Srinagar etc. This divisional headquarters of Southern Central Railway has trains like Devgiri express, Jehlam Express, Sachkhand express, Goa express and Punjab mail running to and from Nanded. The railways stations of Nanded are the and Maltekdi Sahib Railway junction, which have trains from major cities passing through it everyday. Buses, taxis and auto rickshaws are available to take people from the railway station to other parts of the city 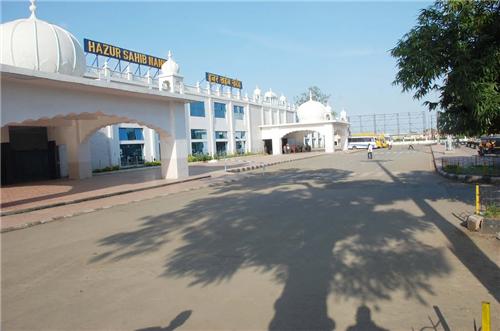 Nanded stays well connected to the daily flights plying from cities like Thiruvananthapuram, Mumbai and Delhi. The Guru Gobind Singhji Airport, the one that receives domestic flights is the nearest airport to Nanded, which has night landing facility. The airports have a close knit network and the major flights from other cities passes through this airport at a regular pace. The nearest international airport to this city is the Rajiv Gandhi International Airport in Hyderabad that is located at a distance of 250 kms away from the city while the Aurangabad airport is located at about 275 kms away from Nanded. There are three flights per week from Mumbai to Nanded. People can avail the service of the private vehicles and taxis that are available outside the airport. 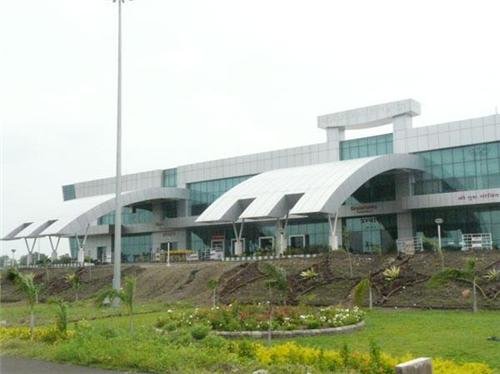 Buses of state road transports are available from all cities of Maharashtra. There is also good connectivity through road across areas such as Parbhani Solapur, Latur, Nizamabad, Hyderabad, Nagpur, Amravati and Akola. The MSRTC or Maharashtra State Road Transport Corporation plies many buses in the city as both National Highways and State Highways passes through Nanded making accessibility of the city much easier.  One can find lots of passenger buses with AC and non AC option plying regularly to and from the city. Using the road transport in Nanded, one can reach Pune in 11 hours and Aurangabad in 5 hours.

One can find many auto rickshaws, state operated buses, call taxis and cabs that can be hired from any street of Nanded. One can easily avail the services of local transport in the city in all prime locations such as railway stations, bus terminus and airport in the city. These local transport services are fairly punctual and charge reasonable rates which suits the travel needs of all individuals.