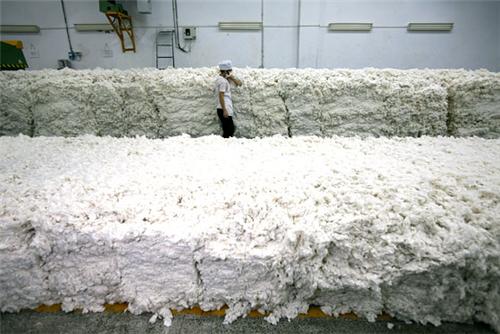 Nanded is rich in agricultural resources and man power, which has made it to emerge as a commercial hub in the recent times. This district possesses a wide agricultural area that produces some important cash crops like fruits, ginger, chilly, turmeric, wheat, jowar, maize, cotton, sugarcane, soyabean and oil seeds. This massive amount of agricultural produce has paved for the development of various industries which specialize in ginning, pressing, dal milling, vegetable oil extraction etc. The spinning and weaving mills are thriving in this region of Marathwada as a major cash crop, cotton, is produced in tonnes.

Though Nanded is an agrarian sector that has immense human resources, it was considered as an industrially backward region in the ancient times. There were industries which involved in activities of production of sugar and gur that were dependent on the seasonal produce of sugarcane. The industrial cooperatives also organized few small scale industries or SSIs in Nanded, which also played a major role in the economic development of this city.

The city also possessed few cottage industries that dealt in brick making activities, metal works, weaving, carpentry and tanning. At present, the city has a number of industries that are worth mentioning and the government aims at utilizing its agricultural produce to the maximum by motivating the industries to follow innovative methods and utilize high end equipments. The people of the city have a new found spirit of entrepreneurship that has helped the city to maintain pace with the other developing cities of Maharashtra.

Overview of Industries in Nanded

About 27% of the cultivable area in Nanded produce cotton and this makes the city grab a prominent place in the Maharashtrian cotton market. The cotton which is produced in this district is of superior quality and has a long life. Textile mills in Nanded thrive on its cotton production and it possess a composite cotton mill that possesses 38,798 spindles.

There are also a number of smaller mills spread across the district. The principal produce of cottons mills found in the city are long cloths and cotton sheeting. About 60% of the products that are produced by these mills are distributed across the country while 40% are exported to African countries.  Huge section of the textile industry is occupied by the power loom units and the rest comprises of hand looms, ready made garment industry and khadi.

The city has 902 power looms which forms an integral part of the textile sector as it has offered a greater income to the economy, has created a lo of job opportunities and paved way for many SMEs dealing with power looms. These power looms units manufacture cotton rumals and polyester rumals as its major products.

One can find many cotton industries near the cotton growing regions of Nanded. There are around 20 ginning and pressing factories here, which is much lower to the number of factories that prevailed here during the 50s. The main reason behind the fall in the number of such industries in the city are huge amounts of initial capital for investment and bulk amount of machinery required for pressing and ginning cotton. One ginning and pressing industry can gin and press a capacity of 30 quintals to 50 quintals of cotton per shift.

Oil industry is the second biggest industry of Nanded after ginning and pressing. This is mainly because raw materials such as raw materials and man power are readily available here. Most of the oil mills with expellers are located near groundnut crops, as it the second major cash crop in Nanded.

Dal and Flour mills in Nanded

Dal milling and flour milling is a notable industry in this city. This is also an industry which is based on agriculture produce such as dals and food grains. There is a big sized dal mill in this city which offers employment to around 500 employees. There are also 270 flour and rice mills found here. The raw materials are acquired through local resources and the end products are distributed for ales in the local market.

Among the other cottage industries thriving in Nanded, carpentry plays a major role as the main raw material, the wood is found in abundance here owing to the presence of huge areas of forests.

Iron and steel Industry in Nanded

Nanded industries dealing in blacksmith activities are highly popular for its agricultural tools, equipments and other articles of domestic purposes such as the spades, pick axes, axes, furrows, frying pans, prongs, axles, hoes and flat pans. The raw materials are acquired from Mumbai and it also manufactures iron sheets. There are no steel fabricating industries here but one can find few smaller steel units that manufactures hand tools like files, hammers and anvils. However this industry is not thriving at the present scenario as it faces huge shortage in acquiring raw materials like steel sheets, technical know how and lack of labor.

The BPO industry is a thriving one in this city as it is experiencing a drastic development in the field of infrastructure and other facilities. With more number of graduates passing from this educational hub of India, the BPO business is flourishing and offers various employment opportunities to the youngsters of Nanded.

Explore more about Business and Economy of Nanded