Nanded is a major historical place found in the Marathwada region in Maharashtra. This city is located along the northern banks of River Godavari. This place is popular for the immense antiquity it beholds and it has a special place in the Indian epic Mahabharata as the Pandavas traveled through this district during their exile. The great Nandas ruled this district for many years. 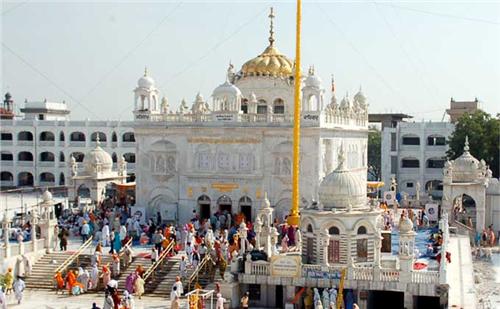 Nanded is known for the rich history it possesses. Its existence during the historic period can be traced back to the period of the Puranas related to Hindu Mythology. The myths related to the name also indicate that this place has very strong ancient roots. The city derived its name from Nandi-tat. Nandi-tat means the region, which is located on the rivers bank of Godavari. Based on the Hindu Mythology, Lord Shiva’s vahan by name Nandi, performed a penance here, which lead to the origin of the name.

Another legend states that the rishis who were known as Nand as they were none in number performed penance in this region of Marathwada which derived it the name Nandi tat. The copper plate discovered at a region called Vasim or Vatsagulma shows that Nanded was previously known as Nandi Tat as the inscription written on the plate proves it. It is believed that the present name of the region Nanded, is a distortion of its original name Nandi Tat.

The treat wise written by Mhiambhatta before 700 years mentions about this ancient city. The treat wise states that the idol of Narsimha was found at Nandi tat or Nanded 700 years ago, which can be found even now in the historical remains of the region. This proves that the city is at least seven hundred years old.

The ancient city of Nanded shares a long history, which dates back to the First century AD. Based on the historical reports, Nanded and other regions adjoining it were ruled by Andhrabhyrtyas or Satvahanas in the 1st century AD. This city was also ruled by King Nand Deva who belonged to the Chalukyan dynasty. The Yadavas who belonged to Devgiri were the final rulers of the Hindu dynasty to rule the city. Later the place was under the reigns of the Mughals as they invaded the region. The Nanded region, then became a part under the control Malik Kafur, who was the chief of Alauddin Khilji.

Soon after Bahamanis invasion, Mahmud Gavan, the Prime Minister of Bahamanis, divided the Deccan area as 4 regions. The divided regions were known as Subhas that had Nanded in it and was a part in Mahur Bhalaghat. The Subha of Bidar was again sub divided as 6 sarkars, which had Nanded as one of the sarkars and 76 mahals. In 1708, the tenth spiritual guru of the Sikhs, Guru Govind Singh came to Nanded and a Gurudwara named Shri Hazur Abchalnagar Sachkhand Gurudwara was built here. During this period, Sikhism flourished in the city of Nanded. Later it became a part of the Kingdom of Hyderabad as it came under the rule of the Nizam and continued to remain in his reign till the India got its freedom in 1947.

Nanded is not only a place that possesses a great history, but also has many monuments of historical significance that attracts many visitors from across the world every year.