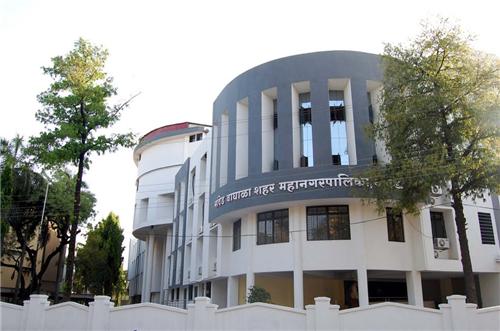 Every city in India needs to be administered efficiently by a government body to help its people enjoy all various utilities and services. Nanded also has the efficient administration of the Nanded Waghala City Municipal Corporation or NWCMC. The NWCMC was formed on 26th March 1997 by merging two municipal councils namely, Nanded Municipal Council and Waghala Municipal Council. This Corporation is under the provisions constituted by the Bombay Provincial Municipal Corporation Act of 1949 and under the provisions laid by the 74th CAA or Constitutional Amendments Act of 1992.

Apart from the merge of Waghala Municipal Council, HUDCO colonies, CIDCO colonies, Asadwan Village, Vasarni Village, Fatehjangpur Village, Kautha Village and Asarjan Village were merged along with NWCMC. The total jurisdiction area of the Nanded Waghala City Municipal Corporation is 51.76 sq. kms. The city of Nanded is divided as two parts such as the old Nanded measuring 20.62 sq. kms lying at the northern part of River Godavari and New Nanded measuring 31.14 sq. kms. which includes Waghala, CIDCO, 6 new villages on the Southern side of River Godavari. Recently Taroda region that comprises of Budruk and Khurd were merged in to the Municipal Corporation of Nanded.

The District Collector of Nanded

The responsibility of administration of Nanded lies with the District collector. He plays a pivot role in the district administration who co ordinates the efforts of other departments to help the public during all emergency situations and while availing various services. He takes care of revenue collections from various departments, lands etc, judicial matters related to revenues, public utility matters, takes care of inams, jagirs, public health, sanitation, takes care of all issues which are related to soldiers, airmen and sailors.

People can reach the collector’s office at the address given below.
Office Of The Collector
Address: Station Road
Nanded
Maharashtra - 431601
Phone: 02462-237101
Email: collectornanded1@gmail.com

Hierarchy of Officers under the District collector

Though the administration of Nanded city is a chief responsibility of the District Collector, there are many officers and sub officers who work below him to make sure that his efficient administration reaches the people residing in various parts of the city.

Prant Officers
These officers are called as Prant Officers and come under the Collector of Nanded. Usually the Assistant collectors (IAS) or the District Deputy Collectors (Maharashtra Civil Service) fall under this category. These Prant Officers with head quarters present at Nanded and Deglur govern the two major divisions of this city of Maharashtra. These officers act as the link of connection between the Collector and Tahsildar. The Prant Officers are conferred with powers to take care of the Tahsils and Mahals through the Collector based on Land Revenue Code except the special ones such as forest settlement, work related to sub divisions, revenue issues or magisterial issues, which are retained by the collector.

Tahsildars and Naib Tahsildars
The Tahsildar is in charge of the Tahsil while the Naib Tahsildar is an executive who takes care of the Mahal. Each Tahsil or Mahal has a sub treasury which comes under the control of these officers. Both these officers have similar duties and responsibilities and have head clerks or awal karkuns to assist them in duties related to revenue, accounts, treasury, quasi judicial and magisterial in nature.