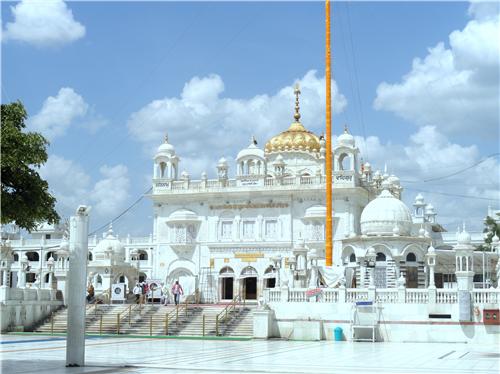 Nanded, the city that features the beguiling blend of modern with the ancient form, is the second biggest city of Maharashtra and is also the head quarters of the district which bears the same name of the city. It is situated in the southeast part of Maharashtra along the banks of River Godavari in the Marathwada region.

This Maharashtra city is a well known place of historical importance as it houses the popular Sikh Gurudwara and many other Sufi shrines. The presence of Hazur Sahib, which is one among the five Takhtas of Sikhs, makes Nanded the second most holy city among the Sikhs, following Amritsar in the lead. In spite of being a religious city, Nanded has evolved as a promising commercial sector of Maharashtra. Most of the industries of Nanded are based on agricultural produce and others are units manufacturing steel furniture.

Nanded is the ancient historic city prevailing in the Marathwada region of Maharashtra. Historical evidence states that the Nanda Dynasty ruled the city for many generations during the 4th centuries and 5th centuries. This city was also a part of King Asoka’s Mauryan Empire. The mention about Nanded and its practice of irrigation are found in Lilacharitra, which is a treaty written by Mhaimbhatta over 700 years ago.

Nanded was the capital of Telangana district under the able rule of Aurangzeb and after his death in 1708, Guru Gobind Singh, the 10th spiritual Sikh leader established himself as the last eternal leader of Sikhism. The Gurudwara was constructed around this period and later the city was a part of Hyderabad until India gained its independence in 1947. Later Nanded was included in Maharashtra as the region had Marathi as its official language.

Nanded wears a festive mood throughout the year owing to the presence of the Sikh Gurudwara in the city. Sikhs celebrate the birthdays of Guru Gobind Singh, Shrawan Purnima, Guru Nanak birthday and Guru Parva in a great way every year. Other festivals that are celebrated with great pomp are Diwali, Vasanth Panchami, Dashhra, Durga Puja and Holi.

Nanded city experiences a tropical climate throughout the year. In summer, the temperature can soar up to 44 degree Celsius while in winter it can drop down to 90 degree Celsius. Nanded also receives a fair amount of rainfall amounting to 1150 mm each year.

Nanded is a popular Sikh pilgrim center and it has various places of tourist importance which are visited by many tourists very year. Some of the popular tourist spots are discussed below.

This fort is located at just 4 kms away from the railway station of Nanded. With Godavari River bordering it on three sides, the magnificent fort has green rich vegetation surrounding it. There is also a stunning garden within this fort that adds to its scenic beauty. 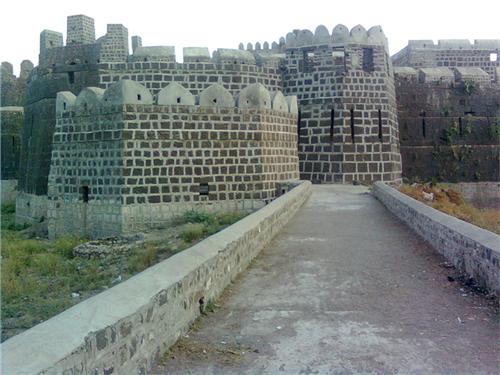 Lord Siddheshwar temple is located at Hottal in the Degloor Taluka of Nanded district that has Lord Shiva as its main deity. This temple is carved out of stone and features the architectural style of the Chalukyan era.

This Gurudwara is one among the 5 takhtas that has the sacred book of Sri Guru Granth Sahib, which was conferred by Guru Gobind Singh, the tenth Sikh guru. This beautiful Gurudwara receives over a million of devotees from across the world every year.

This pilgrim spot is highly popular in Nanded tourism as it features the Shakthipith. The renown Renuka Devi Temple located here is a spot of natural beauty. This temple is a place of historical importance as its foundation was laid about 900 years back by a Yadava ruler of Devgiri. 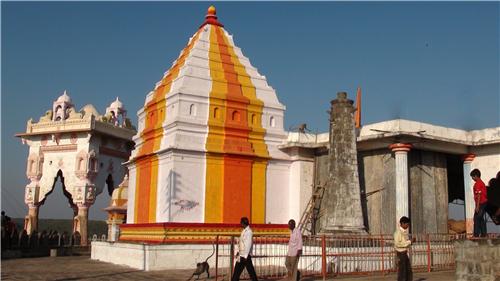 This fort has contributed much to the popularity of the city as it is located at the heart of the city. Krishna III, the Rashtrakuta King who was also called as Khandarpuradhi Swar, built this fort. The fort has domes that are styled in Ahmednagar architectural style.

This Masjid located at the Biloli town was constructed 330 years ago. This Masjid was built to honor the Sarfaraz Khan who was employed as an officer in the Aurangazeb army. This masjid which is built with stone features many minarets in the northern and southern side that offers it a bell shaped look.

The geographical location of Nanded shows that it is situated in the south east part of Maharashtra located at the Marathwada region along the Godavari River banks. With a geographical area of exactly 10,502 sq. kms and proximity to the riverbanks, this city has become a flourishing one in entire region of Maharashtra. The district of Nanded shares the border with Nizamabad, Adilabad and Medak districts of East side of Andhra, Bidar district of Southern part of Karnataka and Western Marathwada’s Parbhani and Latur district and Northern Vidharba’s Yavatmal district of Maharashtra.

The city of Nanded is very rich in granite, calcium, lime stone, magnesium, carbonates etc. With almost 8.30% of its Geographical area is filled with forest area, it is rich in forest produces such as timber, bamboo, gum, khenir wood, grass, tendu leaves, bamboo etc.

Other aspects of Nanded

Apart from being a popular tourist spot, this historic city is a well known educational hub in the Marathwada region. There are many colleges and schools in Nanded that are affiliated to Swami Ramanand Teerth Marathwada University. This has made the students residing near the district such as Nizamabad and Adilabad to choose these institutions in the city for their further studies.

As Nanded is Southern Central Railway’s divisional head quarters, it enjoys excellent connectivity with all prime locations in the country. This city in Maharashtra also has well knit roadways and other transportation modes. The government of Maharashtra is taking various measures to make this city easily accessible to other parts of India.

By Air: The Hyderabad airport that is located at about 284 kms from Nanded is the nearest International airport. It also has a small airport that has night landing features but does not possess any commercial flights.

By Rail: There are many direct trains available from this city to many other major cities of India like Mumbai, Bangalore, Amritsar, Pune, Aurangabad and Hyderabad.

By Road: Nanded has two major National Highways namely, NH 222 and NH 204 passing through it. This makes it easier to find many buses plying from this city to other parts of India. There are also autos, taxis and cabs available in this city that helps people to travel to nearby places easily.

Where to stay in Nanded?

There are few 3 star hotels and budget hotels in the city that are conveniently located and have decent rooms for the guests. Hotel Chandralok and Hotel Ramakrishna International are popular 3 star hotels found here which Hotel Anuradha Palace can cater to the needs of budget travelers. While on a personal visit, guest rooms can also be availed at the Gurudwara. The presence of this pilgrimage center is the sole reason behind the cheap accommodations found here. The Sachkand Gurudwara offers accommodation to pilgrims through its Yatri Nivas that has 800 rooms with facilities of bathrooms attached to it. There are no 5 star hotels in the city.